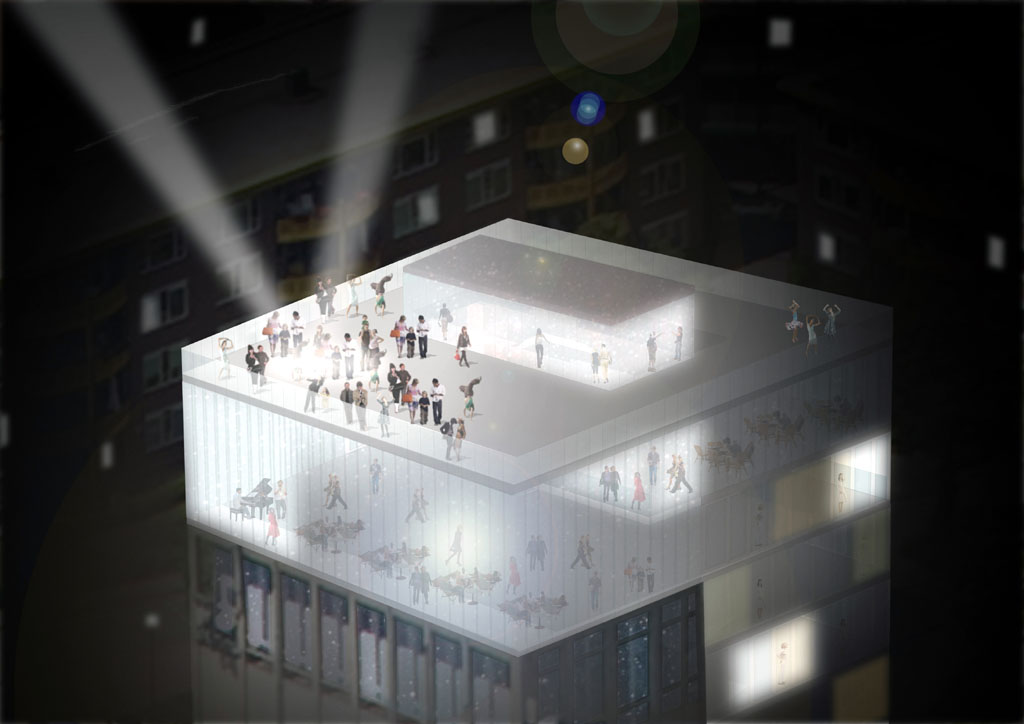 One of the greatest development opportunities of the area of the Havenkwartier in Deventer lies in its abundance o attractive public spaces that may be used for all kind of initiatives and activities such as food markets, open air theatre-plays, or art exhibitions. In order to maintain that potential and quality this proposal suggests abandoning some of the ideas that were drawn up in the existing zoning map, which features a block of student apartments in the area between the Hoge Silo and the elevator building. Instead of constructing such a building in between those two buildings and occupying the rich public space between them, this proposal suggests slicing the block of student apartments into four pieces and moving it to the waterfront next to the elevator building. In addition, those four small buildings will accommodate public functions such as cafés and galleries on the ground floors and create – in conjunction with the building envelope of the Hoge Silo – a frame for the public space. The Hoge Silo will also be extended by two new low-rise buildings that will provide extra space for working, facilities, and living.

The rich public space between the Hoge Silo and the elevator building calls for further steps in terms of public functions. Therefore, this project integrates not only housing in the Hoge Silo, but also public functions on the top floors, by adding two new floors, and in the lower part of the building. Furthermore, sixteen of the thirty-two cells of the silo will be accessible to the public and can be experienced vertically by a glazed elevator and a circular stair. Therefore, the public functions in the Hoge Silo will make it possible for the public to admire its rich industrial architecture but also to visit the roof as a viewing platform. On the first (+7.10m), sixth (+23.50m), and tenth floor (+35.50m), all the thirty-two sells of the silo will be given over to the public, providing room for extraordinary exhibition spaces. The public rooms of the first floor of the Hoge Silo, where visitors can experience the sculptural bottom end of the silo cells while walking on a glazed floor, will be directly connected to the public programme of the elevator building by means of the existing bridge.

The thirteen newly added apartment floors and the floors containing the public functions will use the existing staircase of the Hoge Silo. To make this possible the staircase has to be extended by two floors and changed in such a way that the elevator stops at each originally existing floor. All the changes will be carried out carefully without jeopardizing the industrial character of the staircase. The partly remaining differences in height between the staircase and the apartment floors will be compensated by stairs within the apartments. The new part of the building to be added to the Hoge Silo will be constructed in a simple way allowing for flexible apartment floor plans. Typically, the apartment-entrances will open to the staircase through the silo cells, which will be divided vertically by the apartment floors into small housing units. Sixteen of the thirty-two silo cells will be given over to the apartments and generally contain all the apartment services and facility rooms such as toilets, bathrooms, kitchens, and storage spaces. All the main spaces, such as the living rooms and bedrooms, will be located in the newly built part. An apartment that occupies one full floor will have a size of 140 square meters. Two apartments of 70 square meters each, or one of 50 plus one of 90 square meters may also easily be created. All apartments will have loggias. 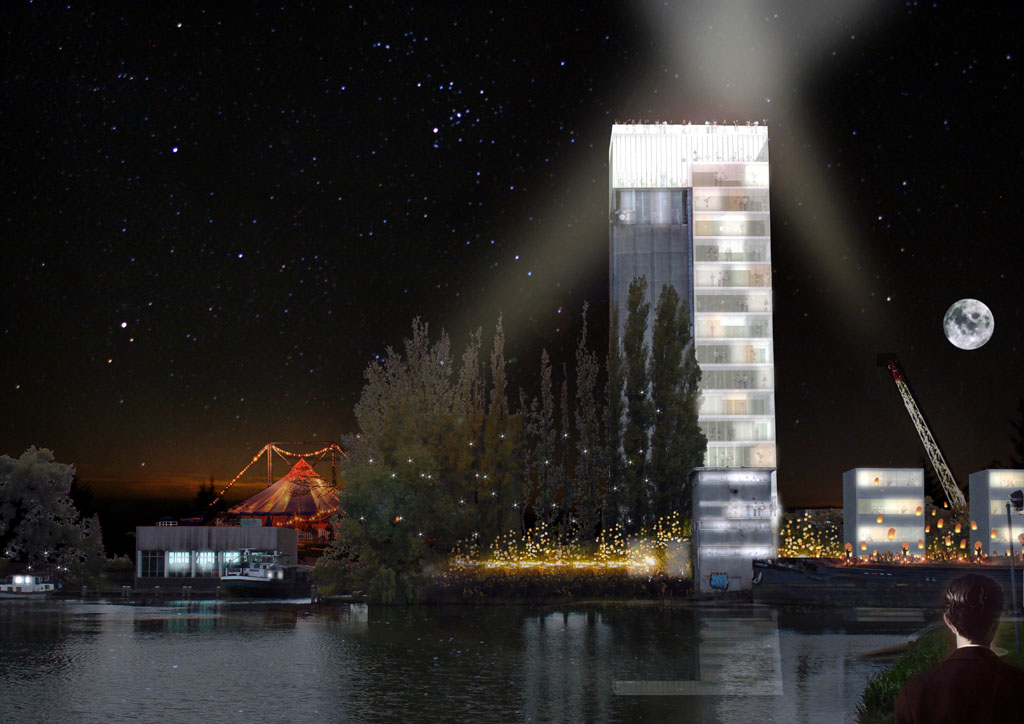 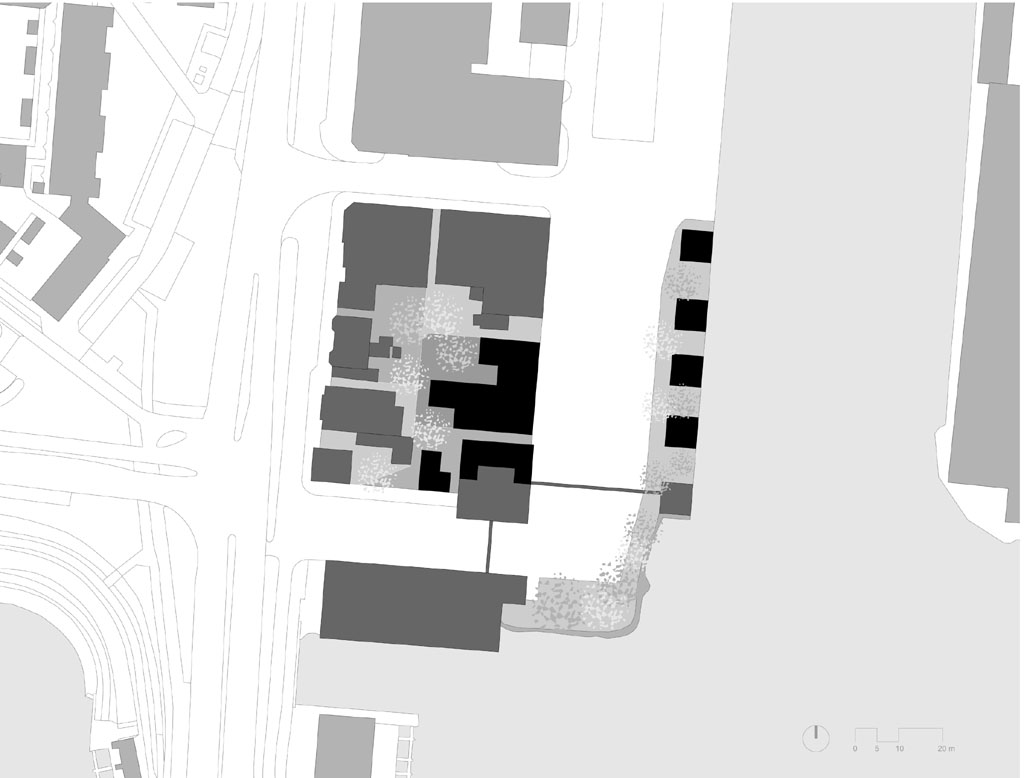