Just as bigamists marry a second time before their existing marriages are dissolved, binational urbanists start life in a second city located in another nation, without having said good-bye to their first city. Thus, binational urbanism is a particular form of transnationalism, a phenomenon which in sociology results from social interactions across national borders. In this article, binational urbanism has to be understood as a way of life of a person, who is related to two different cities at the same time. Ideally, a binational urbanist commutes continuously as a quasi-nomad between two cities and lives in constant transit between two Heimaten. Because of the recurring local changes, binational urbanists find themselves in a certain utopian condition that is characterised by a constant longing, and/or a constant homesickness for the other absent city. “The Heimat – the place of origin – becomes a Nichtort – a non-place – at the same time as a utopia. She is experienced most intensively if one is away and she is lacking; the actual Heimat feeling is that of homesickness.” Binational urbanists can probably be best described as extreme commuters. Probably the most well-known commuters are work commuters, people that commute continuously between their residential city and the city where they work. A country such as Germany, for example, counts approximately thirty million commuters, which means that almost every second German leads a life between two places. In addition, binational urbanism emerges, above all, as a global phenomenon. Never before was the mobility of individual human beings higher than it is today. These days, people travel between continents, as they travelled between cities thirty years ago. Binational urbanism has the potential of becoming the ultimate way of life of the twenty-first Century. 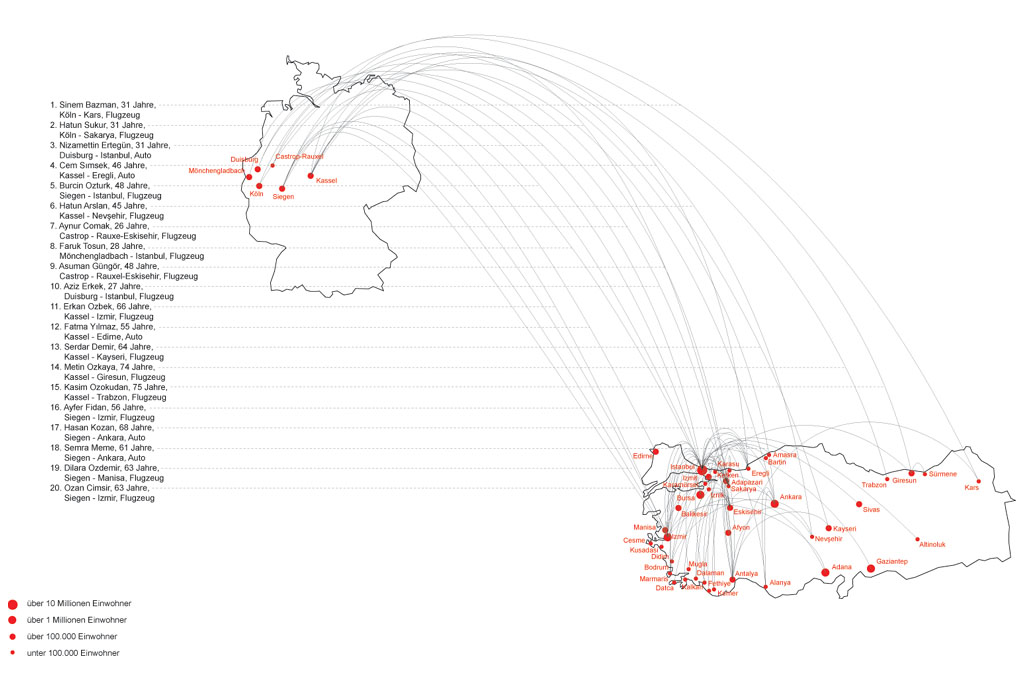