This design for the new Museum Complex for the National Museum of Art, Architecture and Design separates all the museum’s floor spaces, as described in the competition brief, into two entities: a plaza and a cube. The plaza integrates all the workshops and studios, all the vaults, the reception and dispatch areas, and the entire administration area. The plaza also surrounds the two existing former railway station buildings on the site as a kind of urban carpet and integrates them into its pattern. The cube accommodates the public functions, all the exhibition areas as well as the outreach area, the library, the documentation centre, and the areas for the art-on-paper. To create the plaza, the entire site within the surrounding streets has been filled with the programme and is thus elevated and connected directly to its context. To bring light to the programme located under the plaza, several patios have been created. The cube in front and the proposed office building in the rear, frame the plaza spatially and functionally. Both the cube and the office building accommodate public functions such as cafes, shops and small galleries on the ground floor that will activate the plaza. 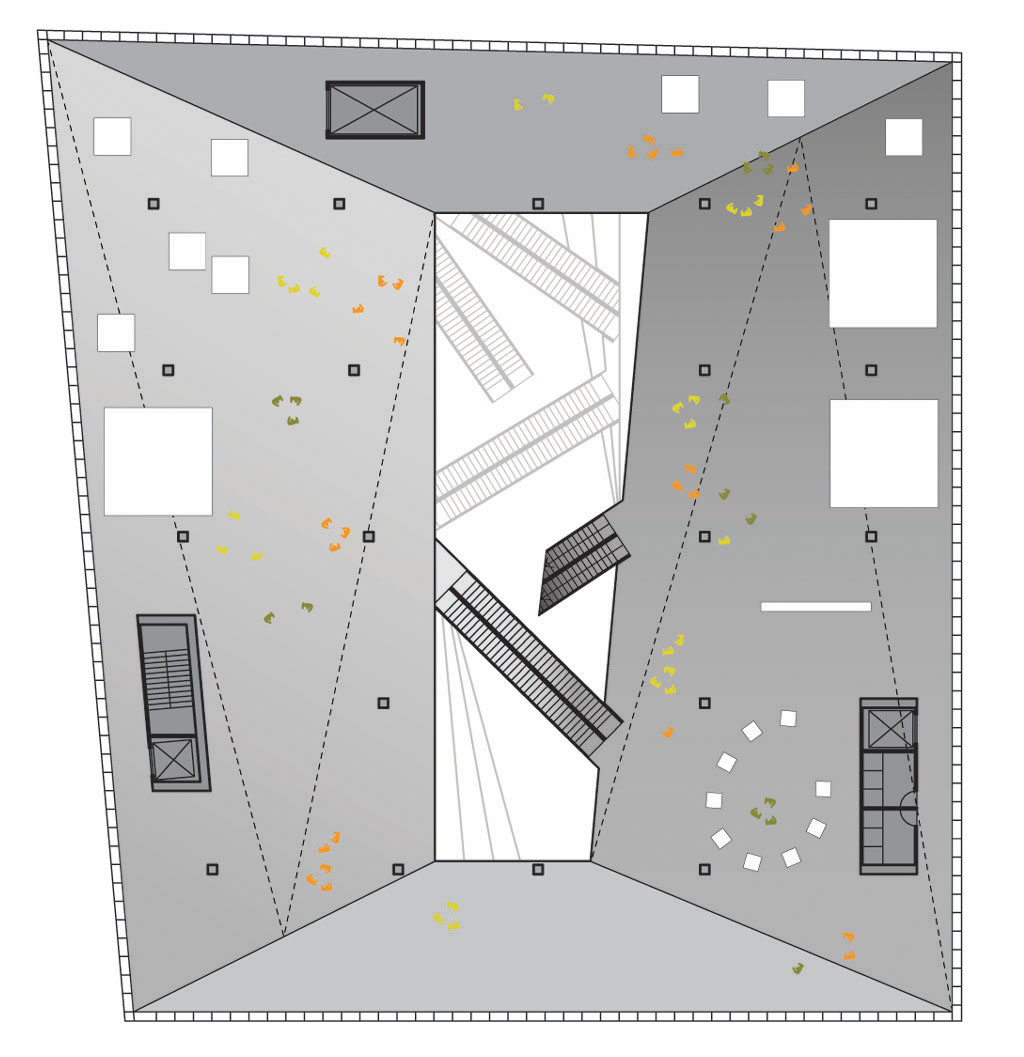 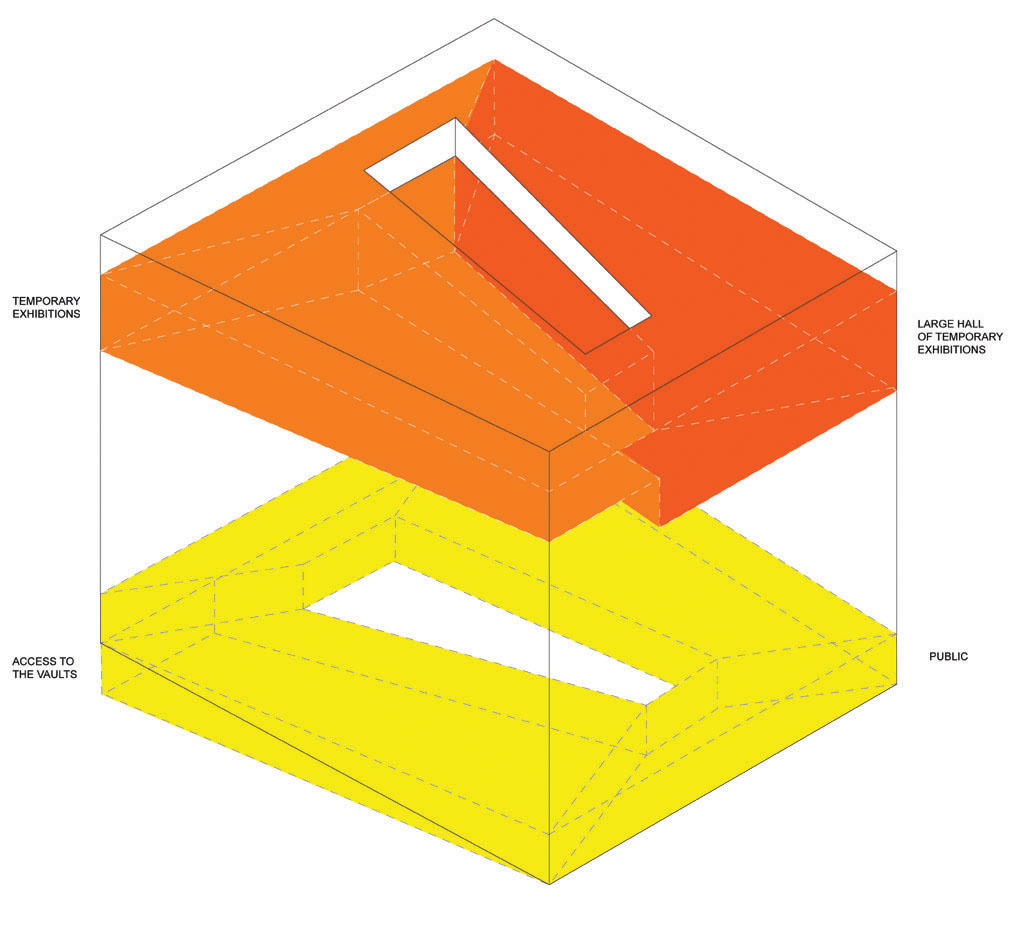