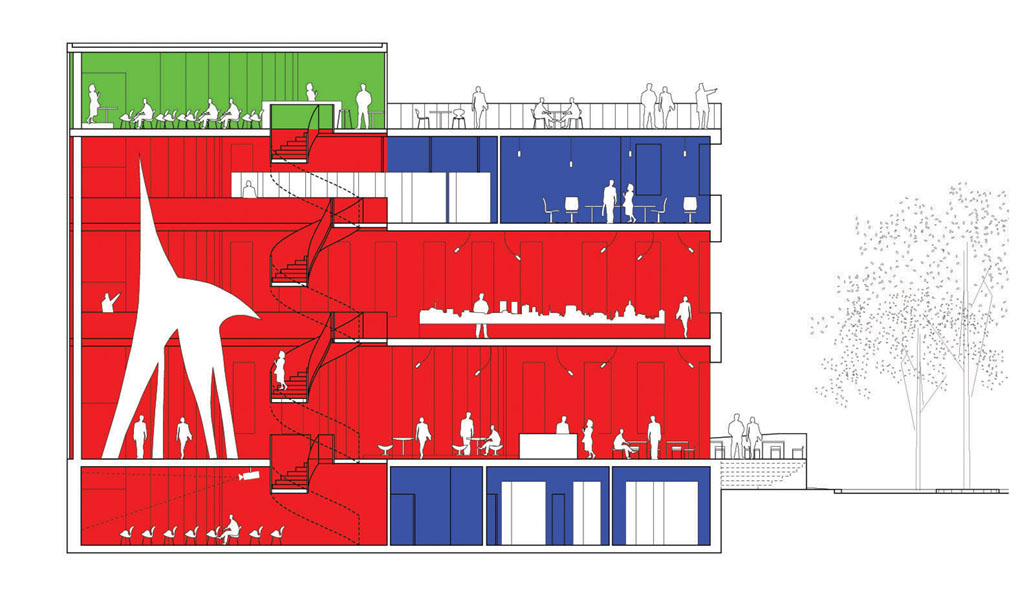 The interior of the existing City Museum of the German city of Kassel can be described as a claustrophobic and spatial nightmare in many respects. The lack of a proper entrance area, an unsatisfying system of vertical communication, and tiny exhibition spaces are only a few elements of a long list of disfunctionalities. This design proposes a radical break with the existing interior and suggests stripping the entire inside of the building down to its constructional skeleton, keeping only the floors and the columns behind the remaining Renaissance facades. Once the building has been undressed, three main new elements are added to it: a new entrance area that enlarges the existing entering ramp in such a way that an outdoor café can be placed on it; a new main body of the building that is reached by filling up the existing unused triangulated courtyard, giving the entire museum the desperately needed depth for flexible and spacious exhibition areas; and a new roof that replaces the old roof with a glazed box accommodating the museum’s bar and a lecture room with a view over the city. 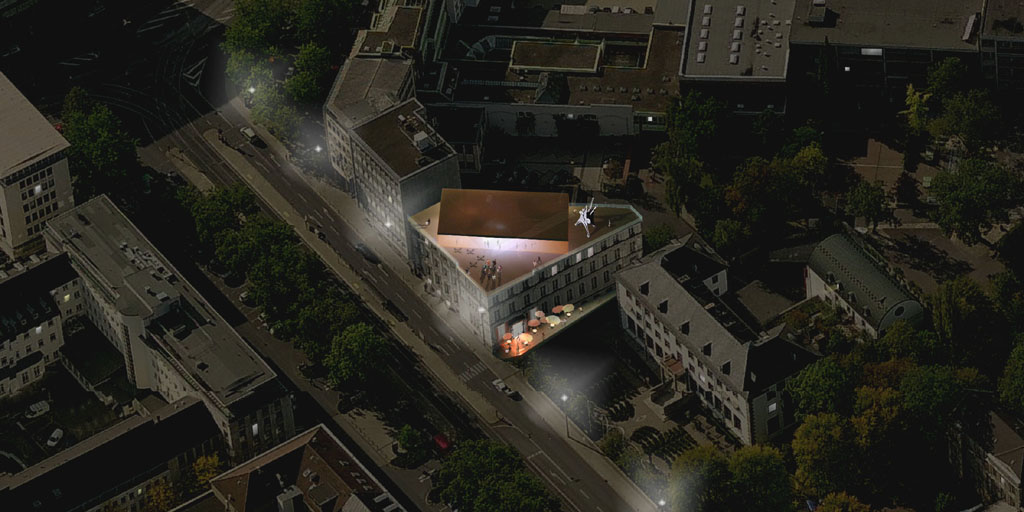 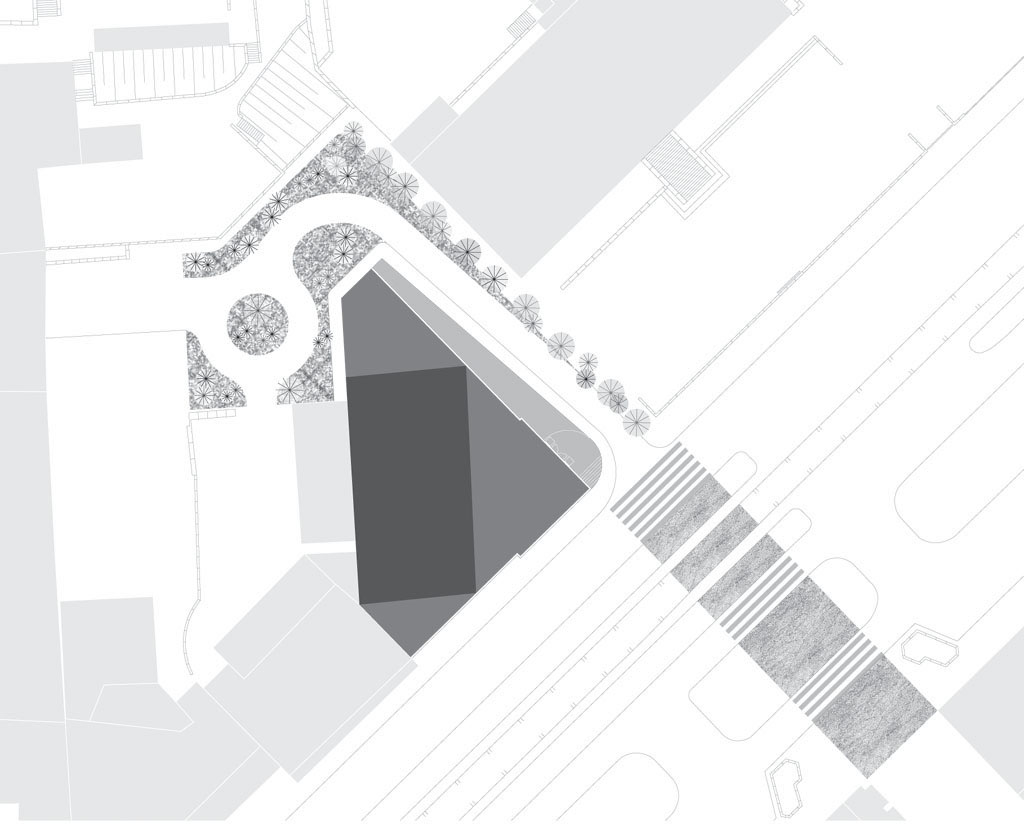 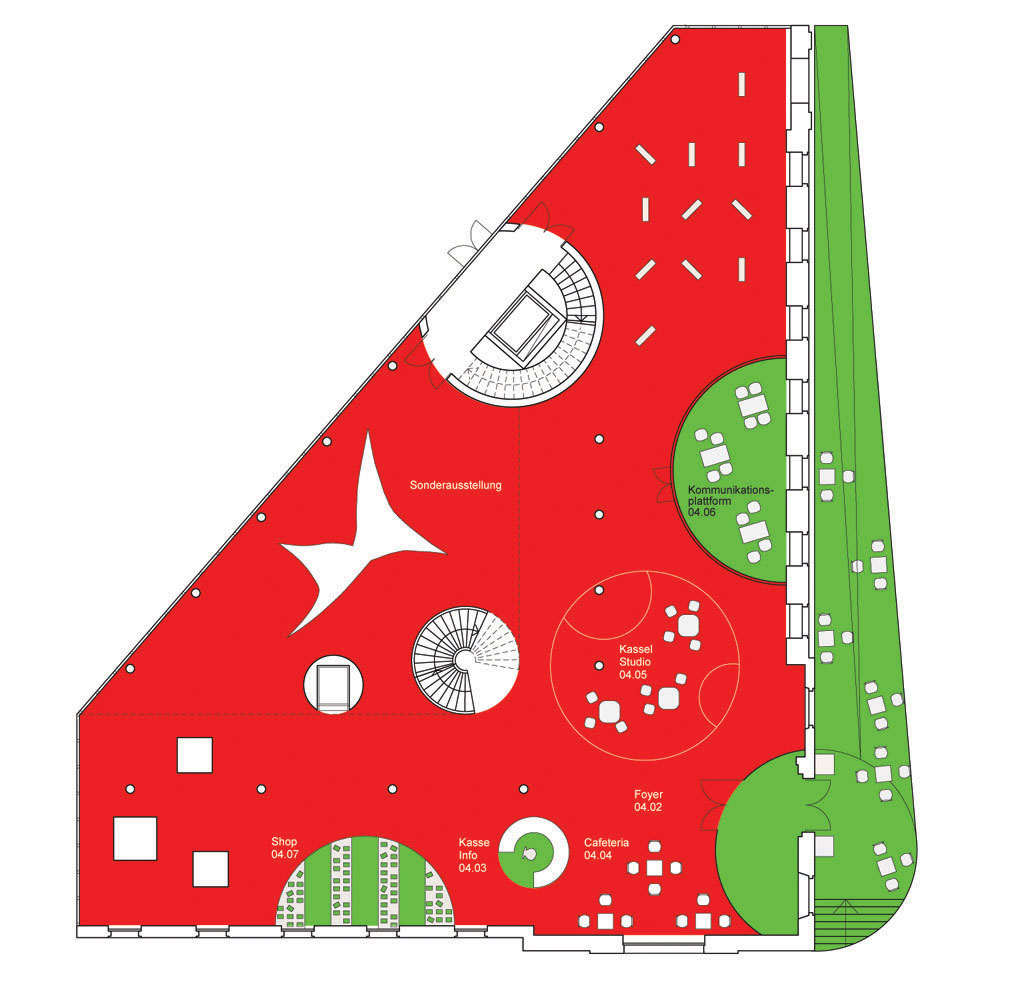