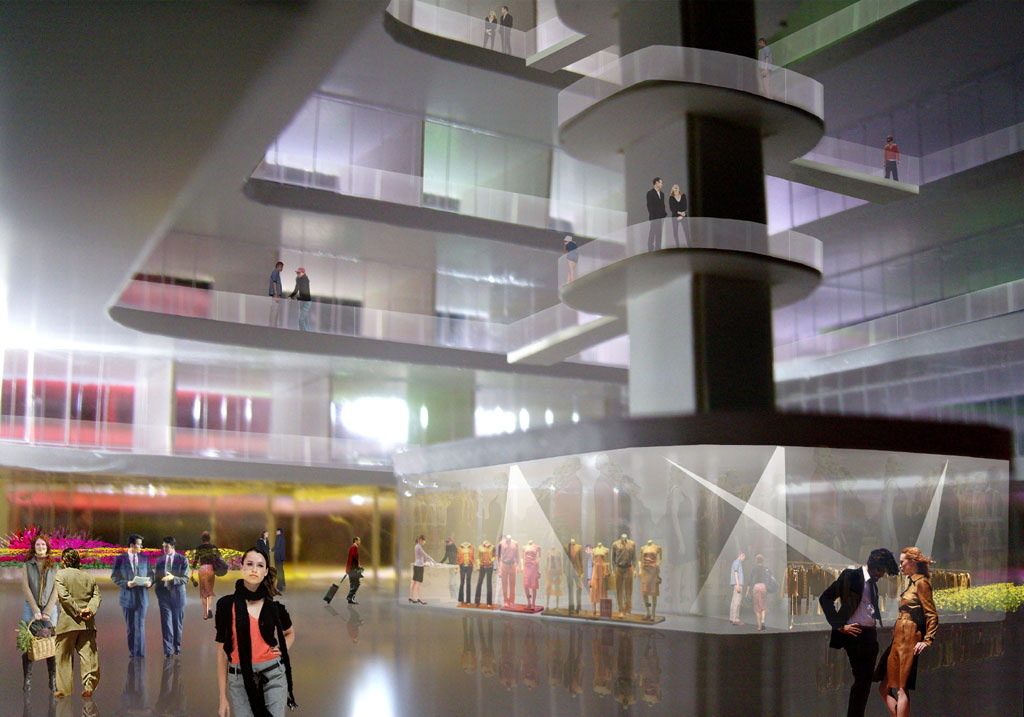 This block for the city of Dallas is more landscape than building. It consists of 8 mountains and 7 valleys. To avoid the building becoming an isolated green island, several of the internal valley functions are brought to the outside and surround the entire building. Furthermore, those functions are connected to each other by a new pedestrian path and a new green bicycle road that connect the building to its context. The construction of the entire building is based on simple modulated steel truss constructions that resemble the hollow mountains as self-supporting dome structures. Addditionally, the dome structures are supported by the 8 cores that contain the lifts to the apartments. Because of the truss construction, all the floors will be completely flexible and without any columns, allowing for all kinds of apartment types. Although the entire block is flexible in terms of its programme, functions have been distributed around the building to show possible spatial configurations. Generally, the building is organized as a sandwich: housing as the top layer; parking, geothermic machinery and storage as the bottom layer; and commercial space, the valley functions, and parts of life/work functions as the middle layer. Among the most important parts of the building are the 7 valleys that connect the housing on the upper floors with the commercial space on the ground floor. Those valleys contain public spaces that can be reached and used by the block dwellers, but also by the general public as part of their green shopping experience. The functions of the valleys range from agricultural fields to a school teaching the art of sustainability. 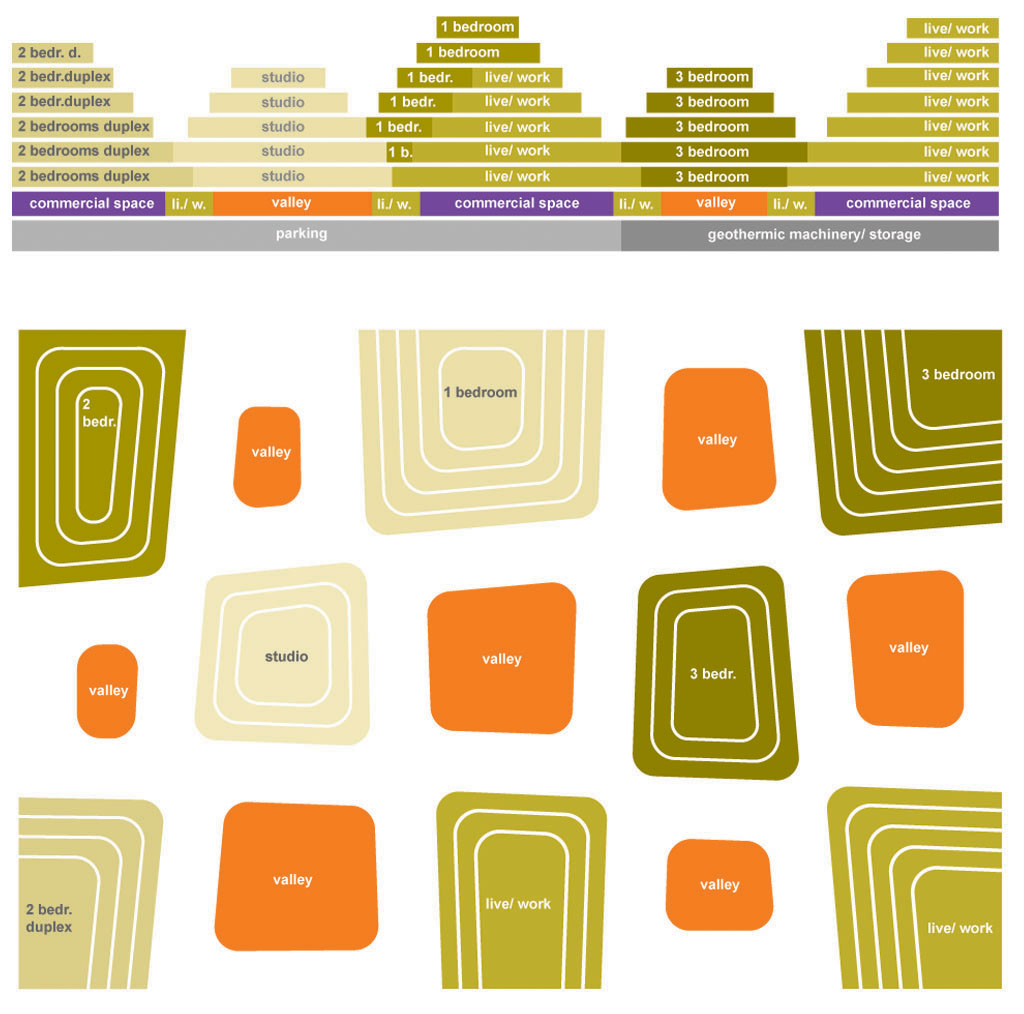 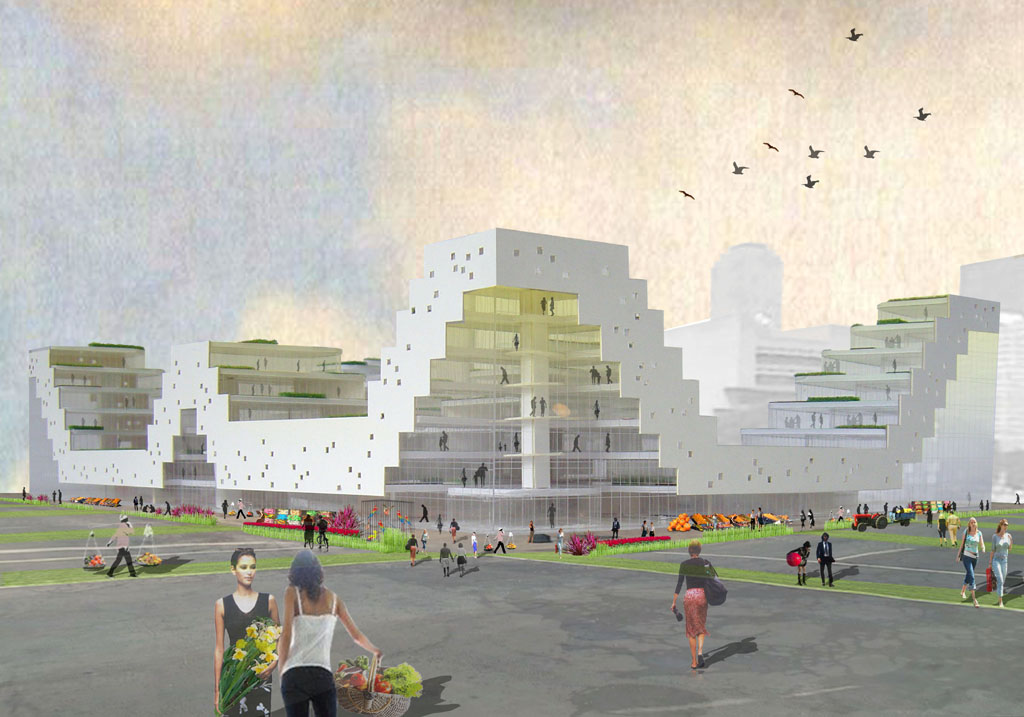 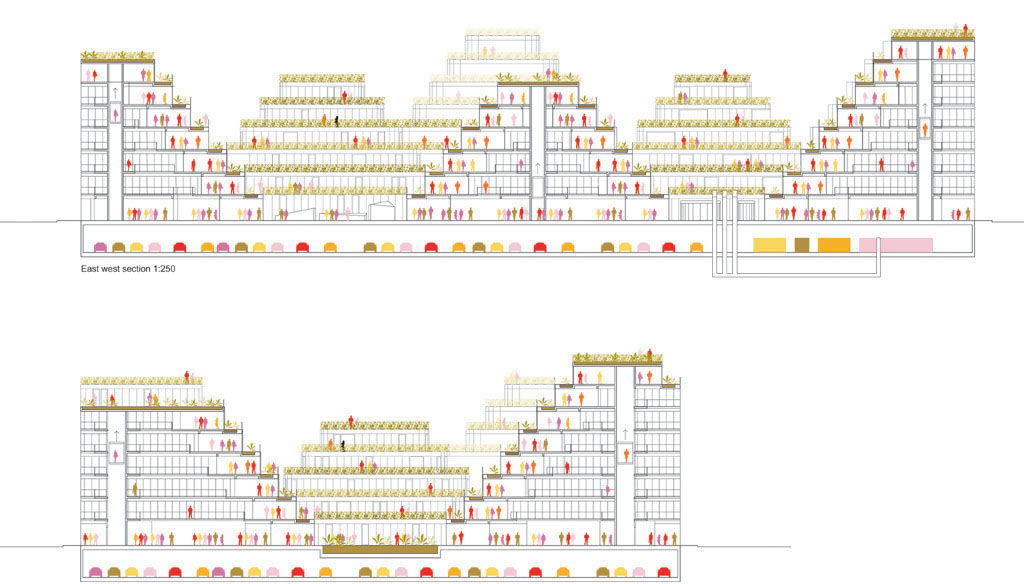