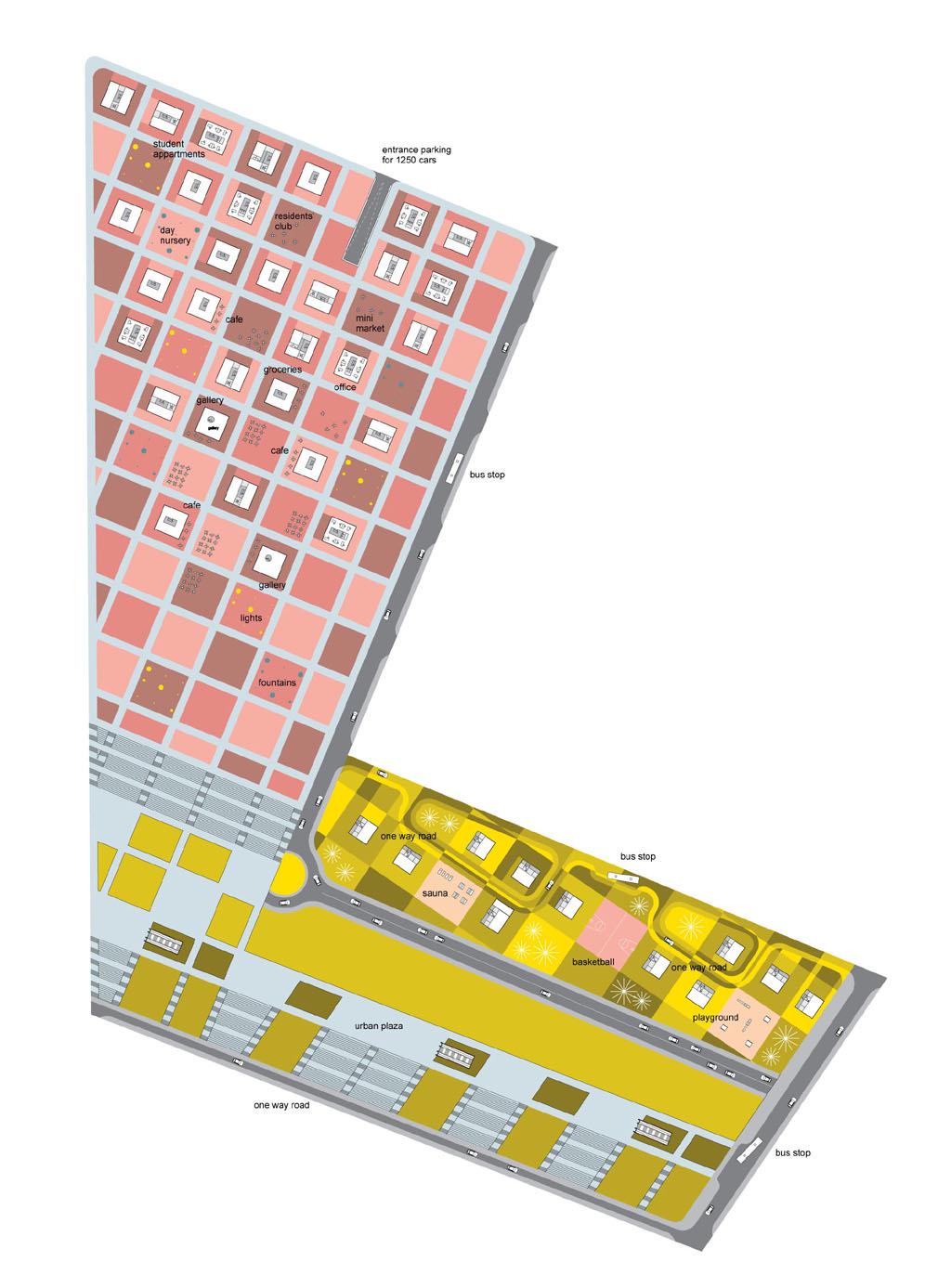 Detached houses are usually considered as typologies in rural areas with village – like densities of around 500 people per square kilometre. Yet it is actually possible to arrange detached buildings in such a way that they create very urban densities up to 14.000 people per square kilometre, with footprints of no more than 8m – 12m and heights ranging from 1 – 4 floors. That is precisely what was done in this proposal for the new urban development in the city of Vantaa in Finland. The proposed master plan consists of small and detached buildings only, that are arranged in such an intimate and dense way, that a European city density of 7200 people per square kilometre has been achieved. Such density, whilst using detached buildings, combines the quality of privacy – which single houses deliver – with the beauty of dense urban spaces. Real public spaces in the housing areas appear only in the form of urban patios, which provide space for community activities such as going to the sauna, playing basketball, or playing on playgrounds. These urban patios are surrounded by private lots, which include the roads as well. All housing areas consist basically of a pattern of private lots, that people have to cross when they use the roads, while the owner permits its usage. In that way, the streets appear disguised and camouflaged in the patterns of the public lots and will be maintained and used by the owners as their gardens. 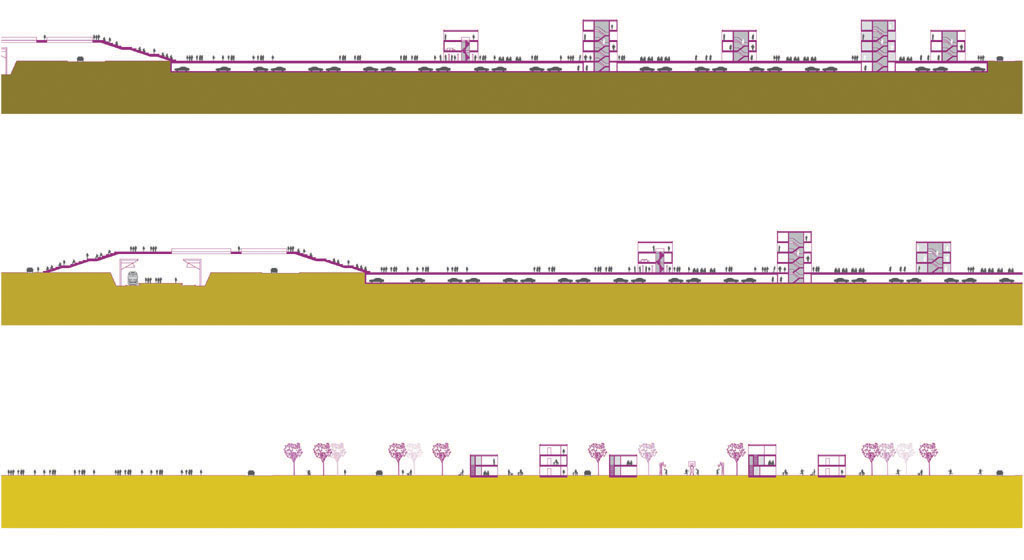 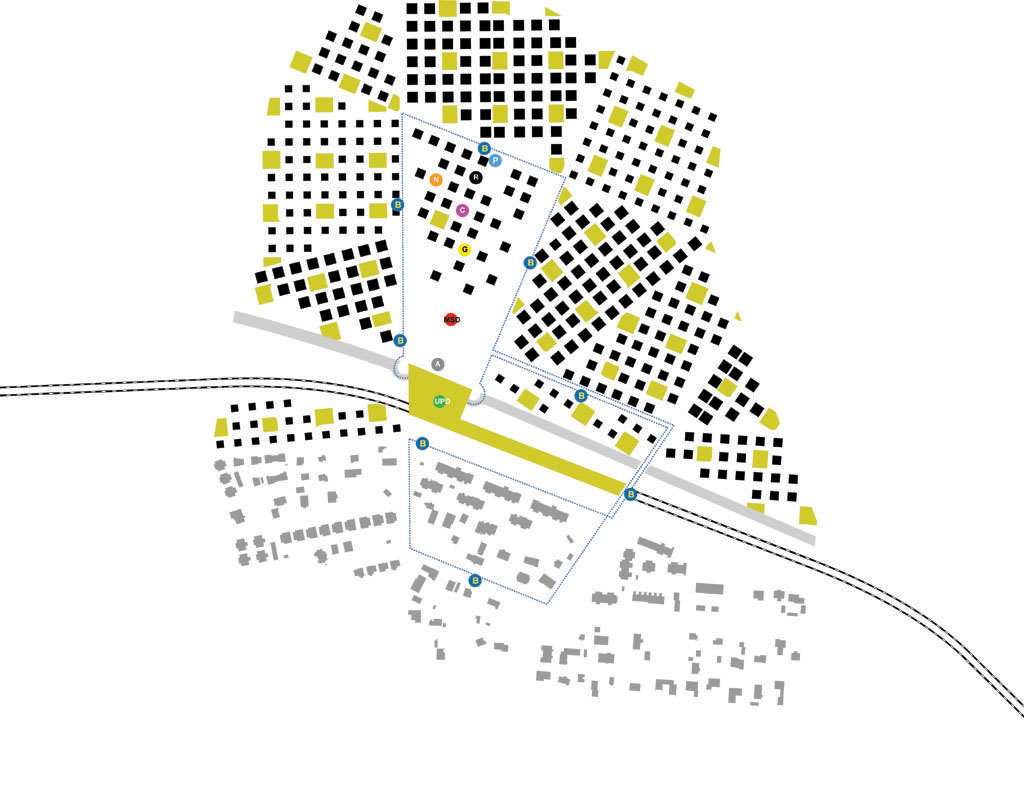