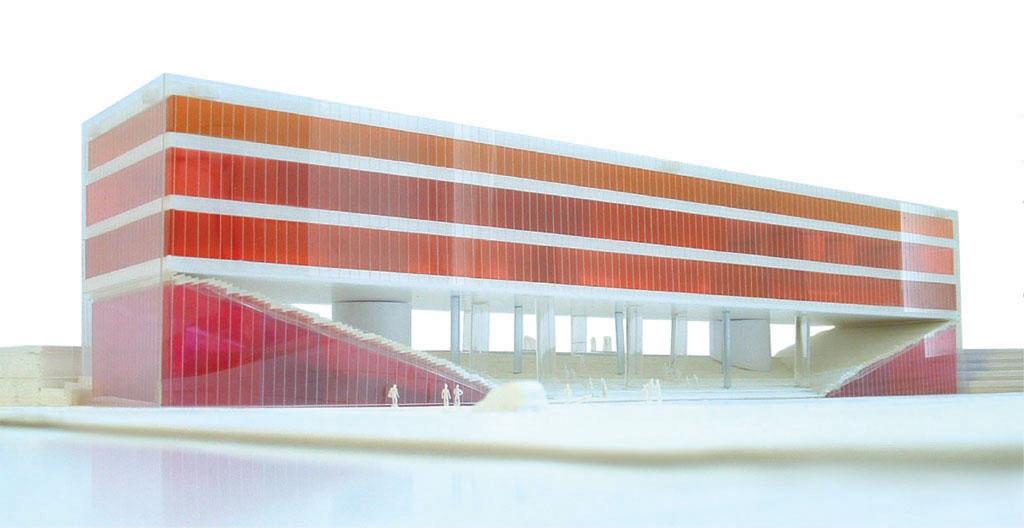 The new building for the Central Library Headquarters and Cultural Centre of Dun Laoghaire – Rathdown will be positioned between two plateaus of different heights, functioning as a public transition between both levels through a 5m high staircase, which cuts through the building. The building is a 110m long, 20m deep and 22m high slab, which is organised into 5 floors. The top floor contains the Library Headquarters, the 1st and 2nd floor contain the Central Library and the Cultural Centre is located on the ground floor. With the exception of the top floor, which contains the Library Headquarters, the entire building has no corridors. The programme is organised on each floor from facade to facade. Without corridors, the building is one big open space.The 2 main staircase/lift cores and 3 spiral stairs penetrate through the whole building. While ascending vertically in the spiral stairs, the visitors of the library will walk through the open air of the big cut of the building. Only separated by glass, staircase users share the same public space as the people outside. 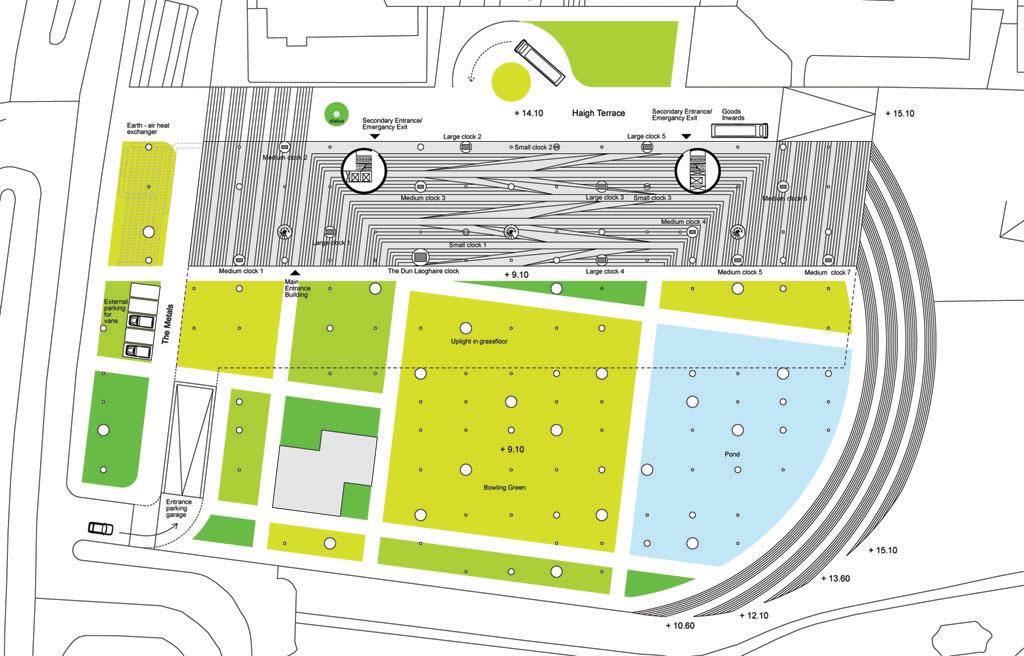 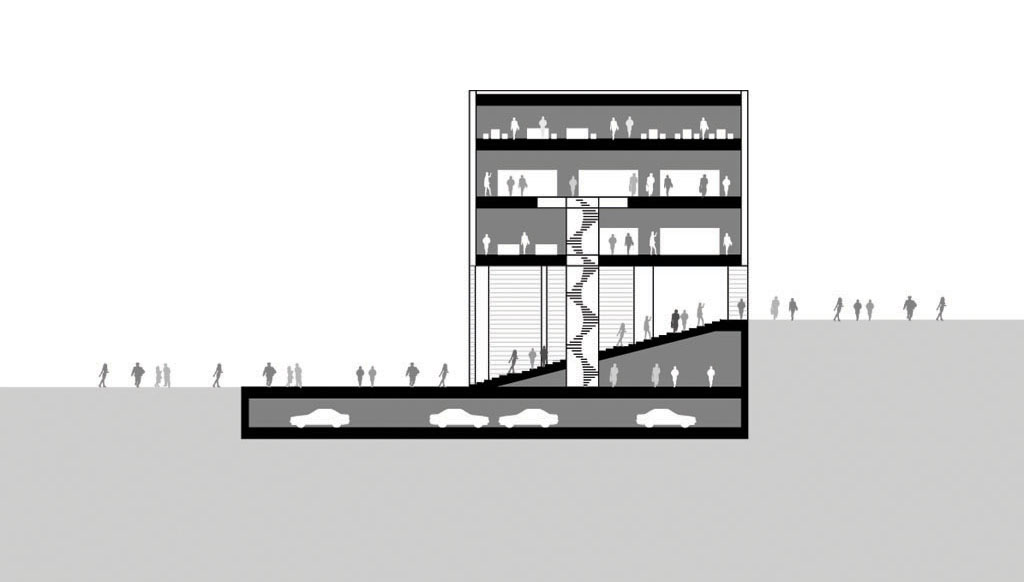