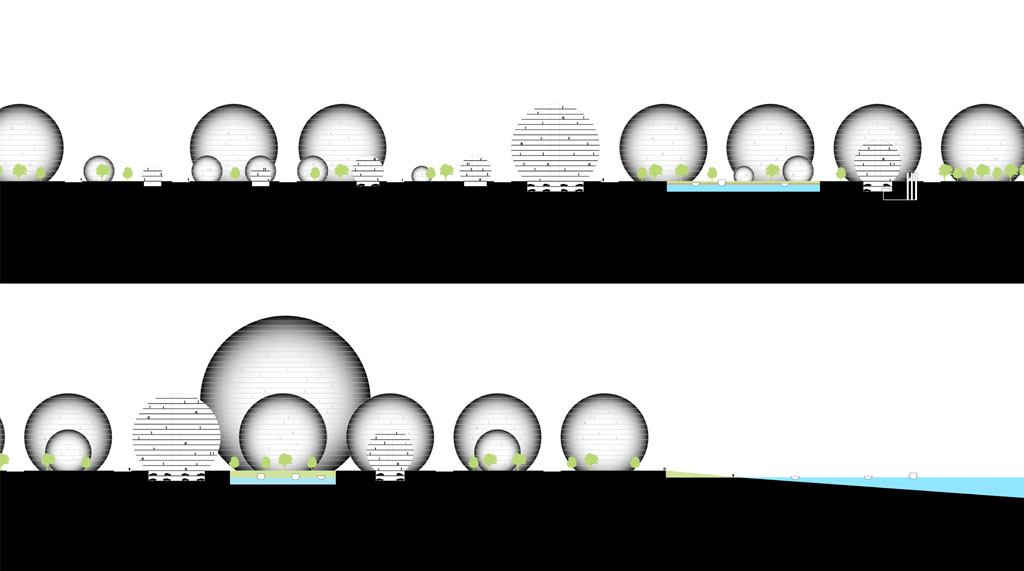 When it comes to sustainable urbanism, a lot of proposals have been made recently for the building of so-called “eco-cities” that produce their own energy from wind, solar, bio-fuel, or recycled waste, which is highly appreciated. But what often has been denied, is that such sources of energy, being integrated directly into cities, are highly inefficient, very expensive, and in the case of wind energy, very noisy and detrimental to local animals. It appears to be wiser to produce clean energy at a certain distance from cities, as is already the case, especially in Denmark, with offshore windparks, biomass power stations, photovoltaic parks, etc. In contrast, the master plan presented here does not focus on how a city might produce energy by itself, but how it can actually consume almost no energy at all. Compact buildings with a small surface area in relation to their volume, for example, spend the least energy on heating and cooling. And of all the solids with a given volume, spheres have the smallest surface areas and the highest sphericity, which is a measure of how spherical or round an object is. This unique condition of the sphere has been used in this design to create a city just out of spheres. Every sphere is placed in the master plan in such a way that it obtains maximum passive solar energy. 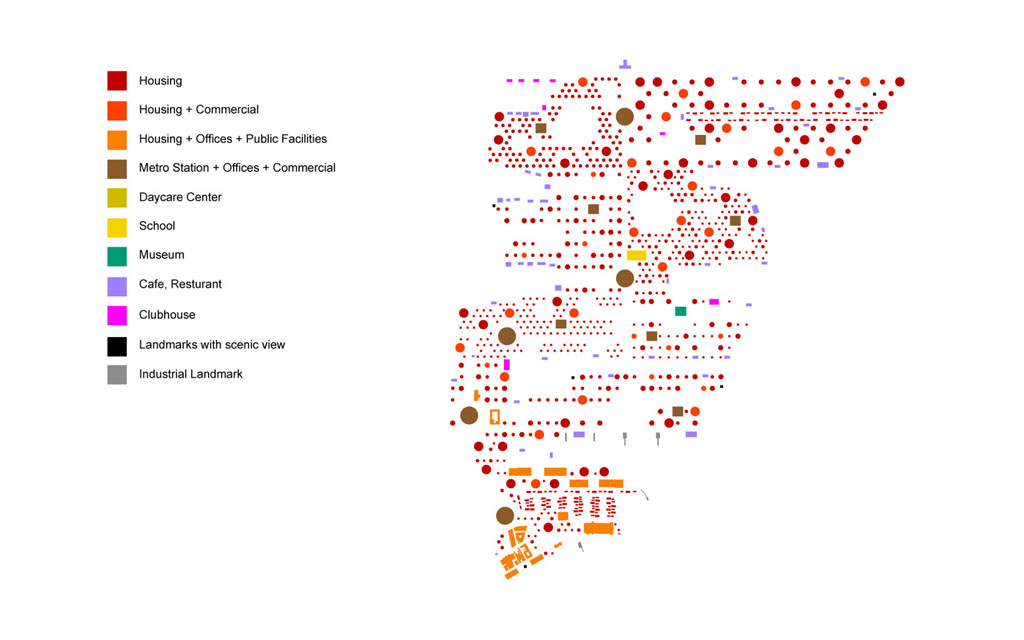 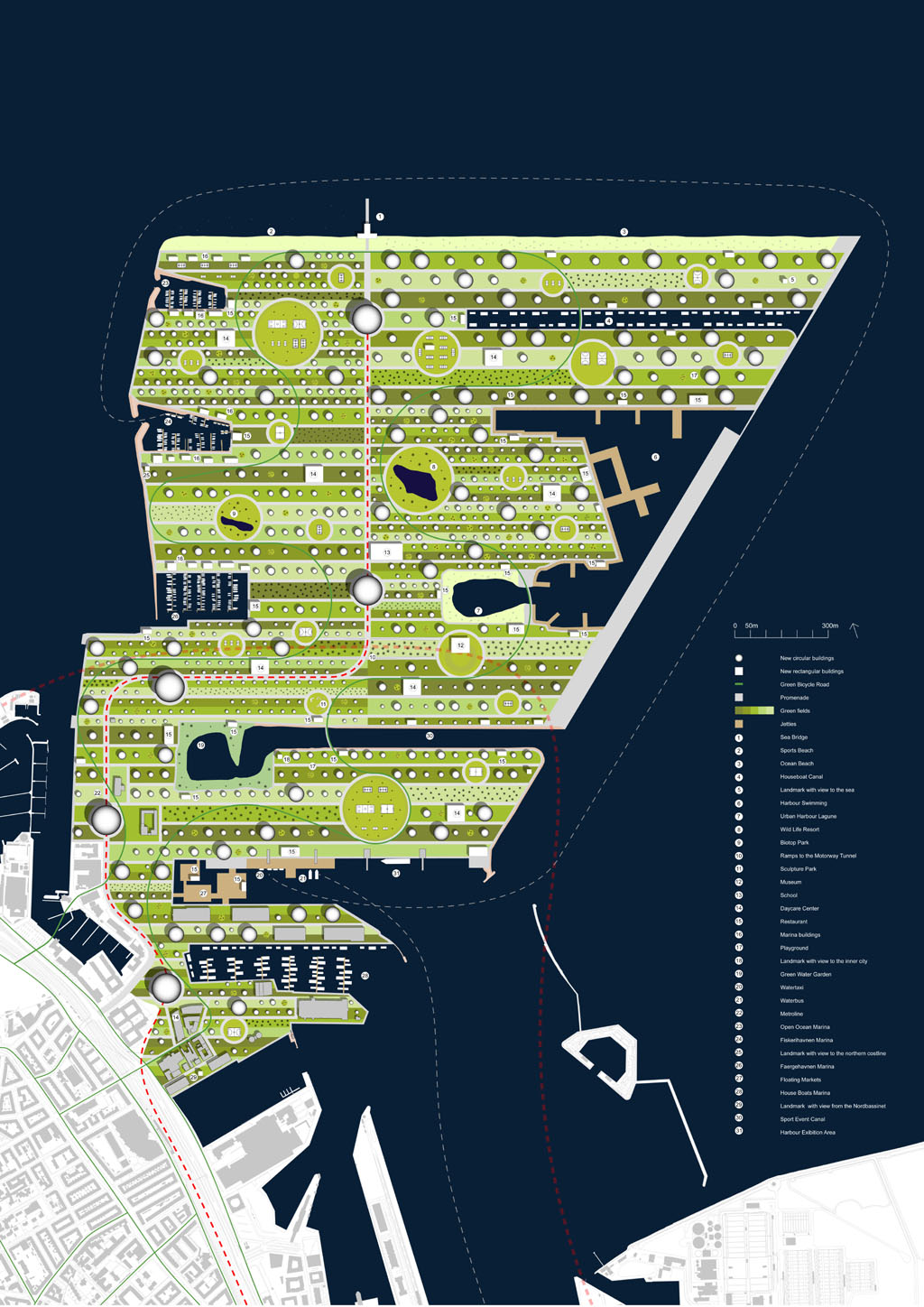