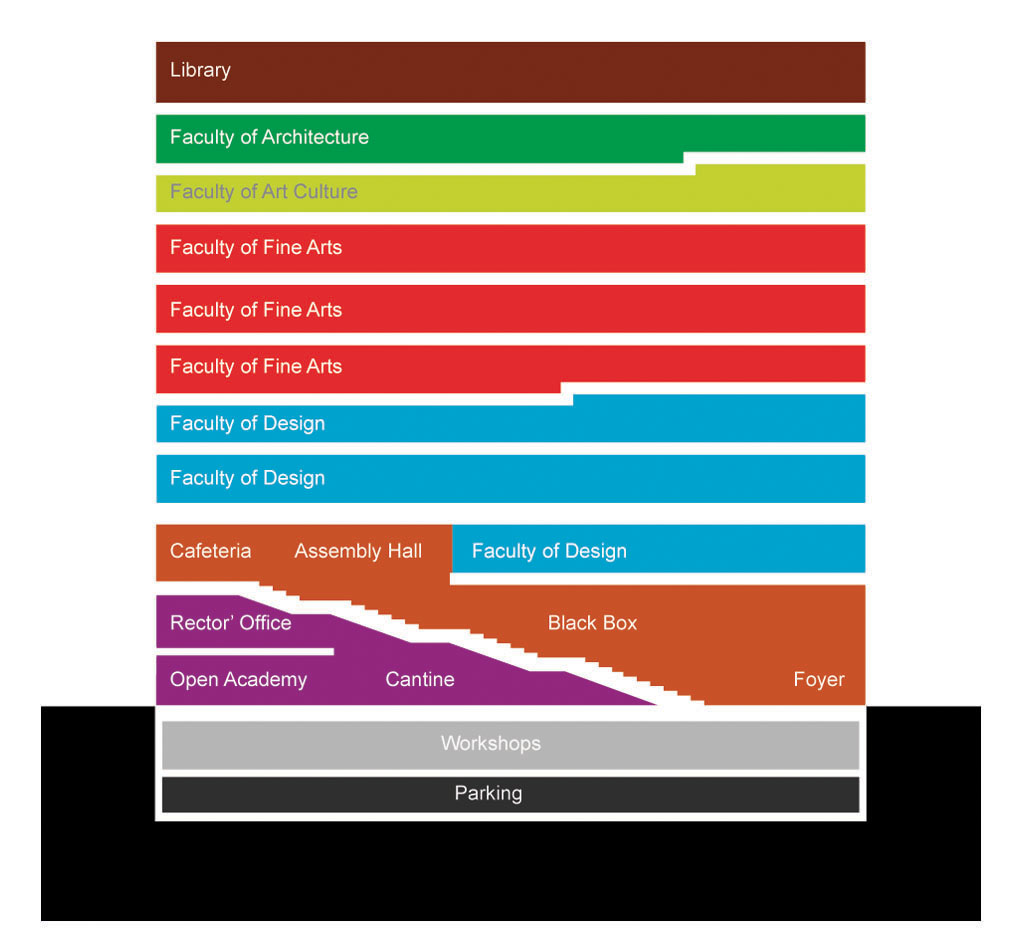 The design for the new building of the Estonian Academy of Arts is based on the visualization of the spatial program, as presented by the competition’s organizers. The visualization of the program was interpreted as a section of the building split in two parts by the public program. The public program contains all the auditoriums and galleries of the academy and cuts as an ascending public section in the shape of a huge staircase through the building thus dividing the faculties in the top from the parking underneath. 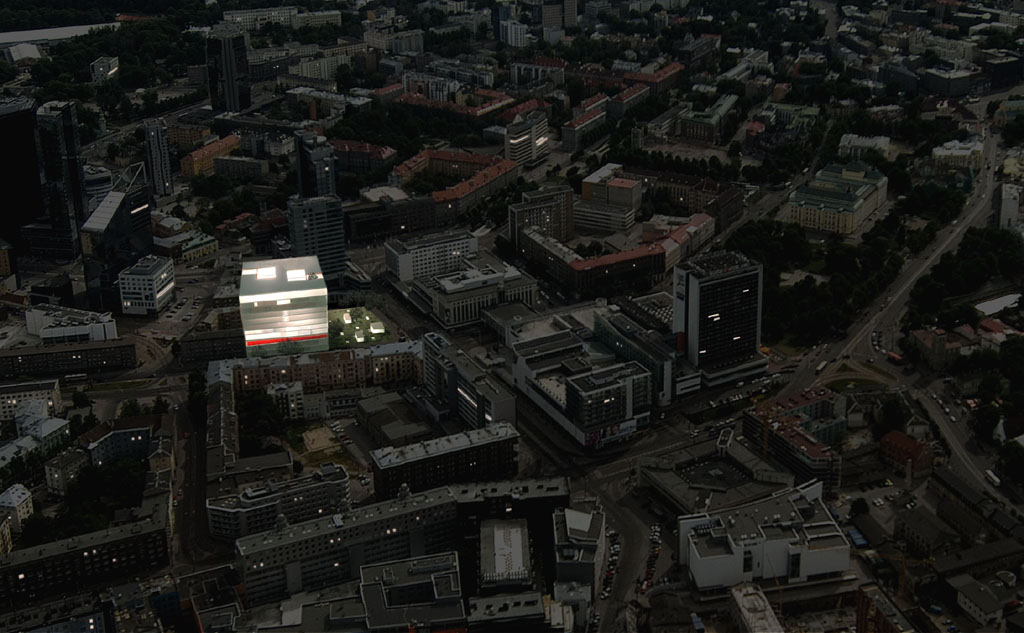 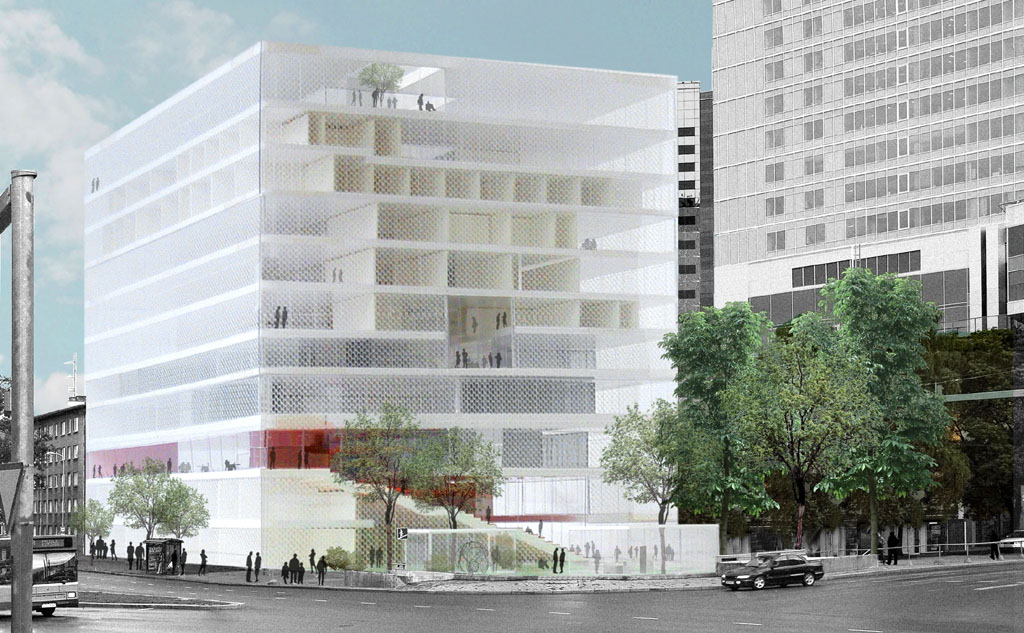 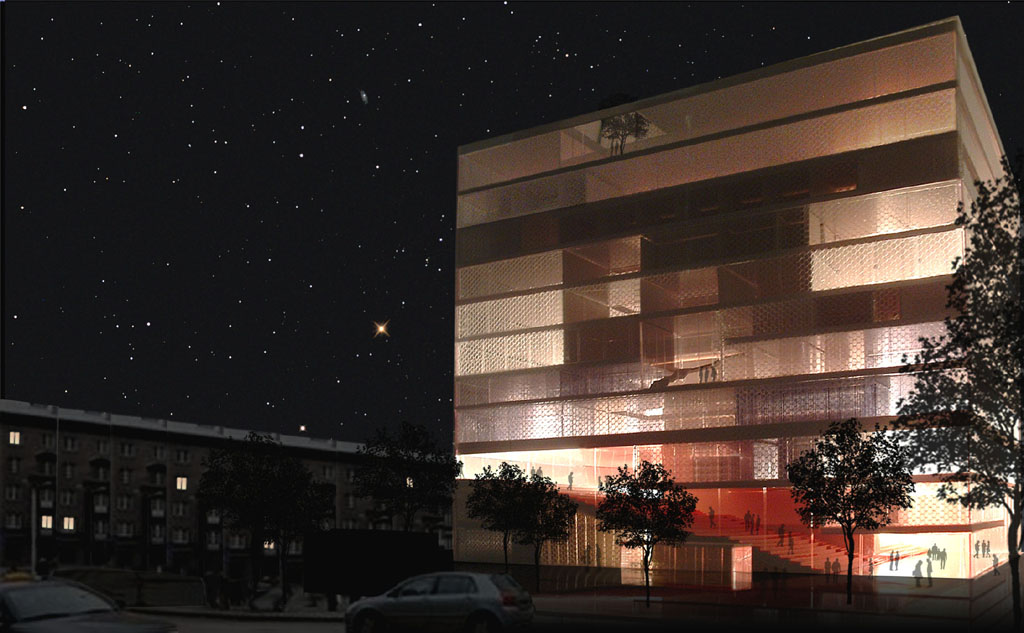