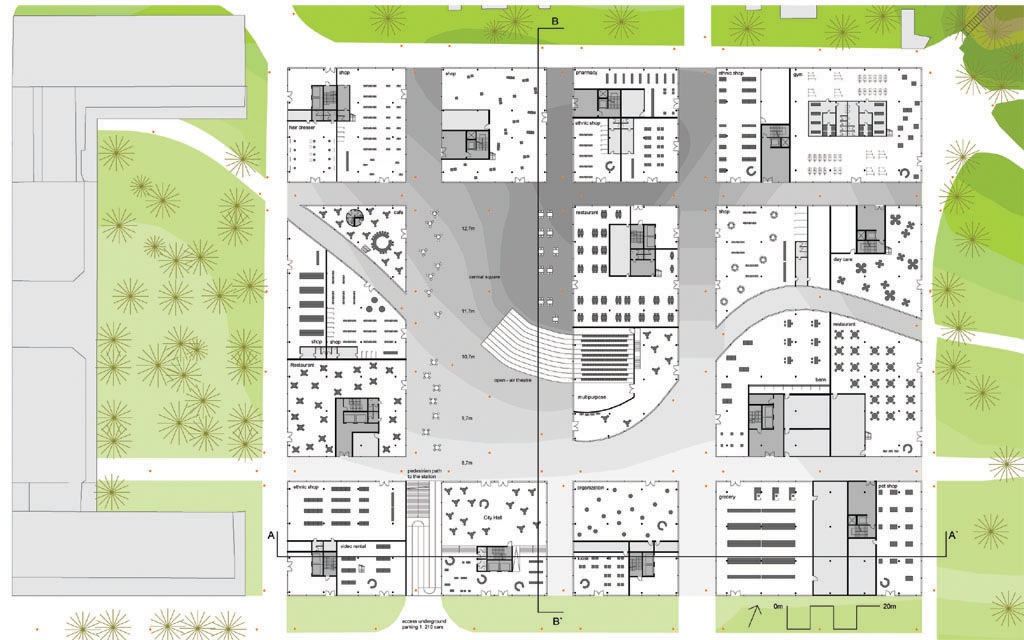 In order to transform the existing rigid city centre of Espoo, with its modern architectural and urban appearance, into a pleasant place for living and working, a proposal was made to demolish all the existing buildings on the site and replace them with a compact, yet well-lit, new urban setting with a mix of functions. Thus, the city centre will no longer be articulated in a kind Le Corbusian “objects in the landscape”-way, but rather as an “urban cluster” in the landscape. The new centre with its tall buildings will change the City of Espoo from a badly organized agglomeration of equal centres, to a city with a recognizable hierarchy in its programmatic development. The entire centre will be built on an artificial hill that provides space for huge parking garages underneath that create a beautifully ascending central square, but also ensures that the centre will have no back facades, but only front facades, which will improve and animate street life. 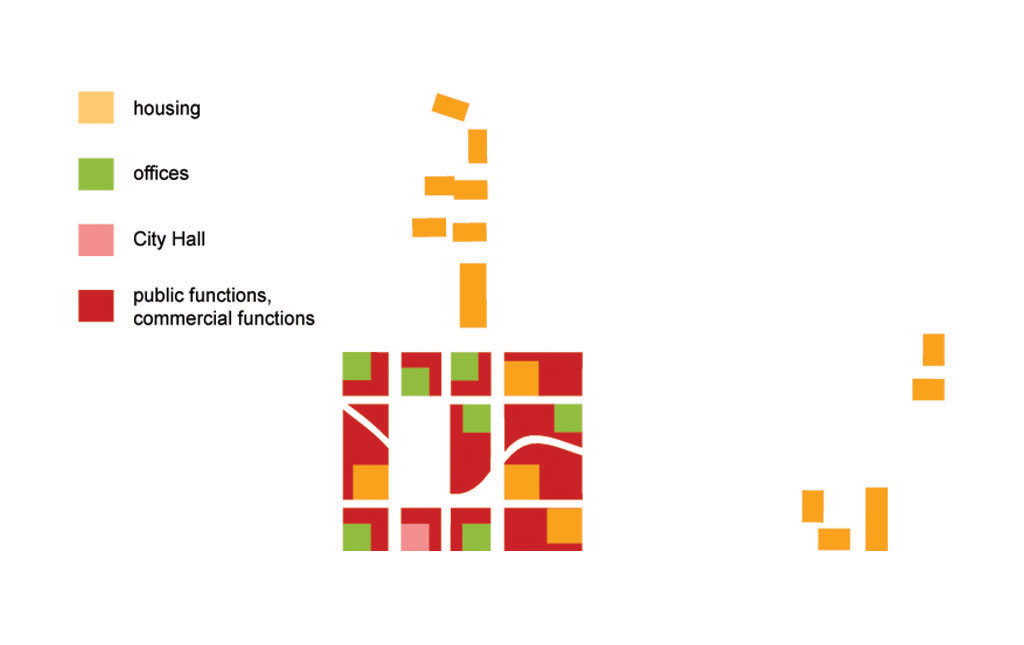 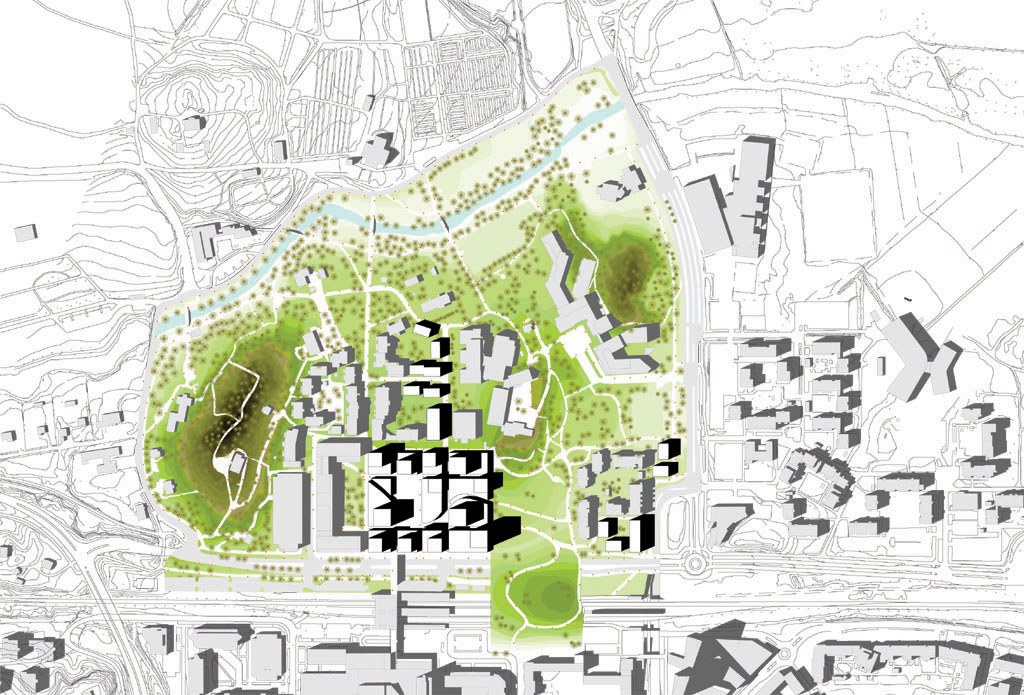